This is one of the important factors we consider when inspecting a property. There is the letter of the law to consider, and then there is also reasonable and practical considerations to be given when assessing the potential impacts for young children.

Prior to the implementation of the Building Code on the 1st July 1992 handrails and balusters were generally required under the old permit regime, but these allowed the possibility for accidental falls – particularly for younger, more smaller children. Where a handrail is likely to have complied with the regulations in force at the time (provided there is no Change of Use) there is technically no need to require the upgrading of these; however, as inspectors we have a genuine need to protect our purchasers and their families by helping indemnify them against possible future events. Young children come along, whether they are newborn, grandkids, or simply neighbourhood children out for a visit or ‘trick or treat’, we do recommend consideration is given to some further form of protection. The image below shows a typical example together with our suggested recommendation: 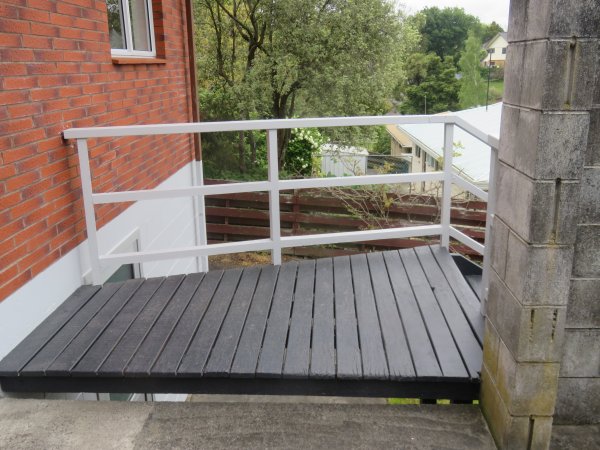 “The balustrading to the side of the stairs likely complied during the era of its construction, however we have concerns regarding the safety of younger children as a fall hazard and recommend that you consider upgrading of the balustrading in accordance with current Building Code requirements.” 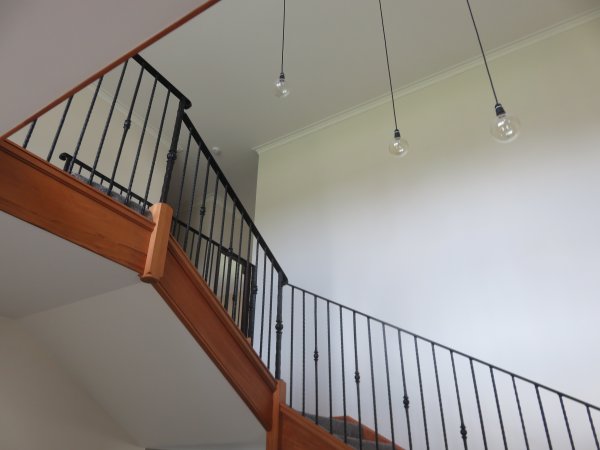 Above: An example of a balustrade which is compliant with the current Building Code

From the 1st July 1992 new legislation was introduced into a new Building Code –Safety from Falling F4 AS/1 of the Building Code. The primary objective of this Compliance Document is the provision to safeguard people from injury from falling, and it does this by ensuring buildings are constructed in such a way to reduce the likelihood of accidental fall. Where people could fall 1 metre of more from an opening in the external envelope or floor of a building, or from a sudden change of level within or associated with a building, a barrier shall be provided.

The provisions of this document cover off a wide variety of situations which include but are not limited to:

Can anyone spot the hazard that exists in little Coopers bedroom in the image below and the reasons for not complying with the abovementioned Compliance Document? 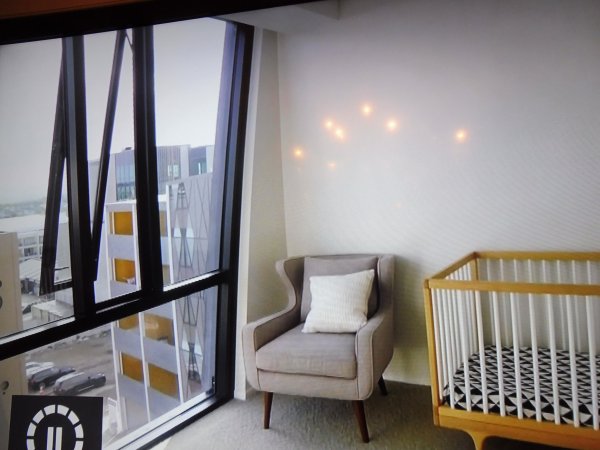